In recent years, much new knowledge has been gained pertaining to certain pathologies, particularly those regarding fertility. Many innovations have taken place in surgical techniques, making surgery less risky and invasive. Endoscopy, otherwise known as ‘key-hole-surgery’ is when an optic fiber gets introduced into the cavity and allows visualization of the relative organ enabling it then to be operated upon.
Part of this technique is the laparoscopy, and the hysteroscopy.

The hysterectomy, one of the best-known gynecological operations, has become more sophisticated: there is the traditional abdominal approach, the vaginal approach, as well as the laparoscopic one.
The latter allows for the removal of the uterus with or without ovaries in a less invasive and traumatic way. Part of the key-hole surgery is the hysteroscopy whereby an optic fiber gets introduced into the uterine cavity allowing at the same time to operate in it. 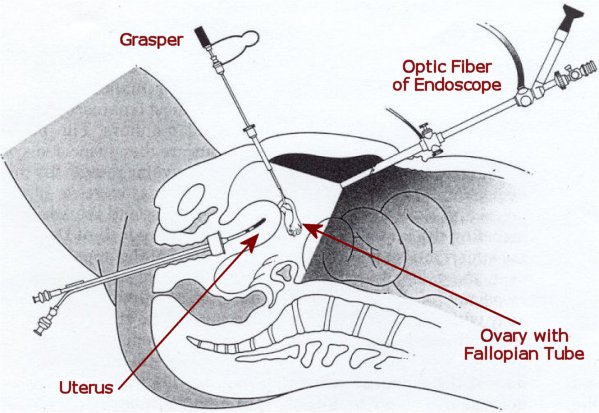 Laparoscopy has made possible operations which allow the patient to go home the same day. Part of this is diagnostic laparoscopy allows the visualization of the internal organs as well as possible pathologies:

Fibroids develop most in women between the ages of 35 and 50 years old under the estrogen stimulus, and tend to shrink during menopause. If fibroids become bigger they can cause abdominal heaviness and pain. If internally situated, they can set up a bleeding pattern with extreme cases of continuous, heavy bleeding and crampiness. Depending on their size and position they can be removed by laproscopy or hysteroscopy. In woman around 50 years old, this can be an indication for removal of the uterus (hysterectomy).

These are benign tumors due to abundant growth of the lining, the endometrium in the uterine cavity. Polyps can be found situated internally or in the cervical canal and protruding onto the cervix. They too cause abnormal bleeding patterns and rarely pain. Removal is done by hysteroscopy or/and D & C. 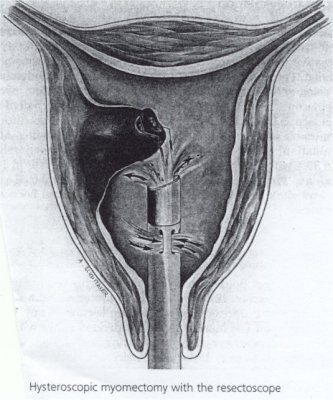