Book a visit on

Who is your Doctor? 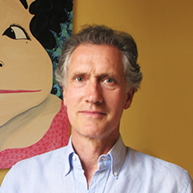 After a year in General Surgery, he spent five years in the Department of Obstetrics and Gynecology at St. Elisabeth Hospital, in Cologne where https://www.doctornaumann.info/tadalafil-eg-20-mg-8-compresse-prezzo/ he specialized.

He then spent two years as a Research Fellow in Reproductive Medicine and Minimal Invasive Surgery at the London Gynecology and Fertility Center in Harley Street, London, where he developed his subspecialty cialis dosaggio in Assisted Conception, (including IVF).

In 1999 Dr. Naumann opened a private practice in Rome, Italy.

He is a member of the: