My experience with VBAC – Natural birth after caesarean

I liked the idea of not choosing the baby’s birth date, but letting it be decided spontaneously;
I wanted to be able to pick up my older son in the days following the birth (which is not recommended after surgery);
I was (inexplicably) curious to know what this fabled “labor” business was all about;
VBAC is at least as safe as a C-section, as long as the original incision was done a certain way, no inducing drugs are used, and the preceding C-section was at least 24 months before;
I wanted to be actively involved in my child’s delivery;
When given a choice, I choose “natural” over anything that requires medication or intervention.

In 2005, I had my first child by C-section due to his breech position and relatively large size (8 lbs+). Perhaps because I did not levitra cialis viagra quale migliore want to have a C-section, I found the surgery and its aftermath to be unpleasant. I fully recognize that C-sections are often necessary and life-saving but hoped to avoid having another one if possible.

When I got pregnant again in 2006, with a due date 21 months after my first delivery, I hoped to have a VBAC and consulted three different doctors about safety https://www.doctornaumann.info/acquisto-cialis-generico-pagamento-alla-consegna/ factors. All told me that normally, they like to see 24 months between a Cesarean and a regular delivery, but 21 months was close enough. All told me that the type of incision I had had in my C-section would determine whether it would be safe to go forward with a VBAC (I had the right type of incision). All told me that I would NOT be able to be induced, as the intensity of the contractions with the induction drugs often leads to uterine rupture. Dr. Naumann also told me that the baby’s size would be a determinant in whether he felt good about allowing the VBAC – once the baby got over 8 lbs, he would be worried about awaiting delivery for too long. I did a lot of research on the Internet, as well. I saw that the American Medical Association has flip-flopped on its position on VBACs – at times recommending them, a times recommending a repeat C-section. But the evidence out there seemed to show that neither procedure – a C-section or a VBAC – was safer than the other. VBACs can, in rare circumstances, lead to uterine rupture and (even more rarely) the death of the infant; C-sections, in rare circumstances, more often lead to the death of the mother. But both are quite safe.
So I decided to try the VBAC. I was reassured because of my trust in Dr. Naumann. I also knew that Anna Maria, my midwife, would assuage any fears I had once labor began; she had indicated that she would either come to my house when I went into labor
or that I could go to her office/the clinic. I was mildly concerned that if I was in intense labor and my uterus started to rupture, nobody would know until it was too late. But Anna Maria said she would do periodic fetal monitoring, and Dr. Naumann had delivered
many babies by VBAC and not once had a uterine rupture – although he had sometimes
had to do an emergency C-section.
The day I went into labor – three days before my due date – was just as I had heard it would be. Contractions started around 9 a.m. and were mild throughout the day. When my husband got home around 8 p.m., my contractions were getting stronger but still weren’t that frequent. I told him I thought I was in labor, and he encouraged me to call Anna Maria then rather than in the middle of the night, just to let her know what was
happening. Around 9 p.m. I called, and she told me to come to the office so she could check me. By the time our babysitter arrived and we got to the office, it was around 11 p.m.
Anna Maria confirmed that I was 1 cm dilated, witnessed a contraction and showed me how to work through it more effectively, and then encouraged me to go with her to the clinic, as she had another patient already there in labor. Normally, I wouldn’t have checked into the clinic so early on in the labor process, but I was very happy to in this case for two reasons: 1) I would feel more secure knowing Anna Maria could monitor me; 2) I could labor as loudly as I needed to without fear of waking the rest of the family.
Once at the clinic, I settled in. Soon after, my contractions grew much stronger and much more frequent. As I went into active labor and then transition, I never had a single thought that there was anything wrong – never any fear that my uterus could be rupturing.
I was so focused on trying to work through the contractions and let them do their work that there was no time for other thoughts. Anna Maria did monitor the baby’s state a few times during this process. She also encouraged me to get some rest, but I couldn’t, as the contractions were coming too quickly. Around 5 a.m., I was begging for an epidural, but
Dr. Naumann and Anna Maria told me that by the time it took effect, I would already have pushed the baby out. Knowing the pain was about to end allowed me to focus again, and soon after 6 a.m., my second son was born without any complications.
The experience was vastly different from the C-section. Neither was easy or pain-free.
But for the reasons noted above, I am so glad I was able to have a VBAC and would definitely choose it again. The support of Dr. Naumann and Anna Maria was critical to my success. I was always mindful of the fact that they were respectful of my “ideal birth plan”, but also cautious by nature. I knew that in the end they would do whatever was best to ensure a healthy baby and mother. 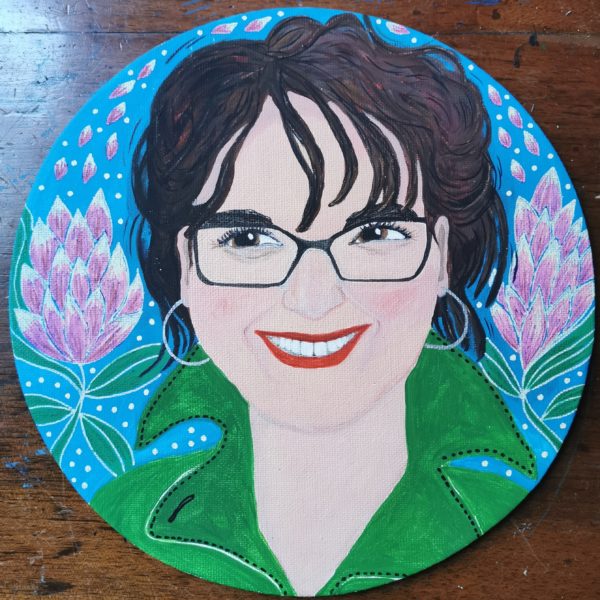