When Dr. Naumann asked me to write down my daughters’ birth story, I agreed since I am happy to tell whoever will listen that it is possible to have an uncomplicated, natural birth with twins and to breastfeed two babies exclusively.

Shortly after our son turned three, my husband and I decided it was time for a second child. A few weeks later I learned I was pregnant. We went back to the US for the summer and were stunned when the first sonogram revealed two tiny heartbeats. I set out to learn as much as I could about twins and twin pregnancies. But what I found was not that helpful. Books about twin pregnancy were alarmist, assumed that twins are high-risk, and told me that there was a good chance that I would end up with complications, a C-section, and premature babies in the NICU. My first pregnancy had been easy and the birth of my son an empowering experience. So I ignored the books, trusted my body and believed that it could carry twins to term and deliver them naturally. I knew I had to find a doctor or midwife who agreed. I had heard terrible stories about birth culture in Rome: it was in the dark ages, caesarians were the norm and its delivery rooms cold and clinical. My first child was born at a birthing center in the hands of a midwife so I had strong ideas about pregnancy and birth and wanted a safe, natural delivery with as few interventions as possible. I was determined to find someone that was not only competent medically, but respected my wishes and would be my advocate in the clinic. To be honest I had hesitated when a friend recommended Dr. Naumann since I had only ever seen women doctors or midwives. But as I got to know him, I realized I was in excellent hands.

My first pregnancy had been easy but I was warned that with twins I would get really big, really fast and probably wouldn’t want to do much in the last months. This turned out to be true. The first six months were fine: I traveled, chased my son around the park, and felt good as long as I got enough sleep. But by the end I was easily tired and had a belly so huge that strangers gave me nervous looks.

On a grey Saturday afternoon in my 36th week my husband took my son to the park and I went to my weekly monitoring session. Everything was normal and there was no indication that the babies were on their way. I went home, had dinner with my family and tried to convince my son to go to sleep. At 10:00 I was lying down with him when my water broke without warning. I called Dr. Naumann and he told me to come to the clinic for monitoring. My husband and I were completely unprepared. We had to pack a bag, find somewhere for our son to stay (my mother was coming in 2 days and we had no plan B!), and get to the clinic. While we were getting organized my contractions started. They were strong and frequent and I knew I needed to get to the clinic ASAP. The taxi driver raced across town, convinced I would have the babies in the car. When we arrived Dr. Naumann examined me and told me I was fully dilated and we had to go to the delivery room. A few pushes and Eve appeared. My husband cut the umbilical cord and I held her briefly. But I had more work to do. I was given a shot of oxytocin since contractions slowed down a bit and 20 minutes later Lila was born. Dr. Naumann and Anna Maria were fantastic – she caught the babies while he coached me and very diplomatically cleared the room so I could have as quiet an experience as possible. The neonatologists insisted that the girls spend the rest of the night in an incubator and I was too tired to fight. But they came home with me the next day and were calm, happy, and expert feeders. The girls just celebrated their first birthday and continue to amaze and delight us every day. 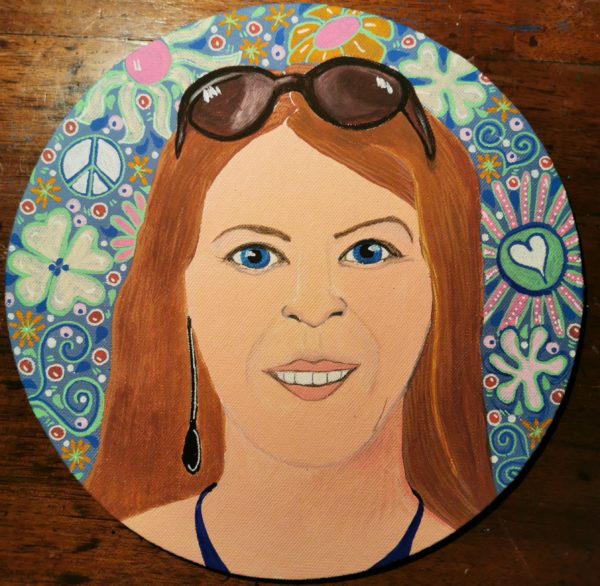