A home birth in Rome

When I happily became pregnant for the second time I didn’t initially give too much thought to what I wanted viagra senza ricetta pagamento contrassegno for a birth experience the second time around. My first birth, 11 years before, was a stressful, lengthy, induced birth in the UK in which I had felt very disempowered and detached from the experience of actually giving birth. Within reason I have always inclined to trust in the effectiveness of natural process, so the first birth, with a heavy dose of stressful medical intervention was not a situation I expected to find sildenafil 100 prezzo myself in. However a healthy baby resulted and all thoughts of this traumatic, painful birth cialis india were soon forgotten.
As my second pregnancy progressed I felt the lesson I had learned from the first birth was not to plan too much as I could easily have the same experience the second time around. I discovered it was not easy in Rome to find the type of ‘midwife led’ birth centres easily found in the UK, which would have been my preferred option for the birth. So I settled on a clinic. However, towards the end of the pregnancy I found myself hoping that maybe I would go into advanced labour at home, thereby avoiding going to hospital! I think the unhappy memories of the first time round were beginning to surface and that deep down I still believed this should all be possible in a simple, essentially non-medical way.
When I discovered from another of Dr Naumann’s patients that he was willing to attend homebirths in conjunction with Anna Maria the midwife, it seemed stupid to be hoping I’d have an ‘accidental’ homebirth when I could actually be sensible and plan it properly! I could make my own ‘Birthing Centre’ in fact!

After talking to my husband (who surprised me by being quite relaxed about the  idea of it!) I spoke to Dr Naumann. I explained that although I wanted to have a  home birth I also wanted 100% medical intervention and to be taken to a clinic  without delay should any complications arise. No principals of natural birth were above the safety of my baby. I wondered whether my age, 40, and previous  difficult birth history may be reasons not to have a home birth, but he seemed happy with the idea and explained any complications which might discourage a home birth were likely to be picked up in the check-ups prior to the birth.  Next came the ‘fun’ part of gathering the equipment needed for the birth – some  of it from unexpected places– large plastic sheets from a DIY store and brown paper and elastic bands from the local tabaccaio! When in a farmacia buying supplies for the birth the young farmacista asked me what I needed the supplies  for and when I explained it was for a home birth she crossed herself and and  uttered her incredulity that I would do such a thing! I began to realise a home birth in Rome was not an everyday occurrence! I found out after the birth many of my husband’s Italian colleagues considered I was acting almost recklessly! As the due date came and went I began to get a sinking feeling that I might be heading for another induced birth. I began to think maybe my body just didn’t know how to go into labour! Late on a Friday evening at nine days overdue Dr Naumann suggested we consider booking into a clinic for an induction the following Monday – he mentioned doing this might help bring on labour during the weekend as the mind works in mysterious ways! I awoke at 5am the next morning, wide-awake and feeling annoyed that I was heading for an induction after all. I wrote an email to a heavily pregnant friend back in the UK for any ideas to help bring on labour, made some bread, read a bit and went back to bed. Maybe half an hour later I felt an internal single popping sensation and soon realized my waters had broken. I wasn’t in any real pain at all and so about an hour later we rang Anna Maria and the doctor to let them know. Although I could feel regular minor tightenings (like Braxton Hicks contractions) I assumed that the actual birth was far off as I had no real pain. I knew that now my waters had broken if labour didn’t start properly within 24 hours I should be induced. Dr Naumann and Anna Maria came round quickly and the baby was monitored with a portable monitor to check for the heartbeat. Anna Maria and her assistant sterilized equipment and we all put protective sheets on the bed – it all felt normal and relaxed. I pottered about at home, watered the plants on the terrace and put on some music to listen too and began to feel the ‘tightenings’ were getting stronger but not really painful at all. Suddenly, however, the contractions intensified really quickly and I felt the need to sit down as I felt a little nausea with the pain. At this point I used a TENS machine which seemed to take the ‘centre’ out of the pain, diffusing it so it was easier to cope with. I seemed to have gone from mild discomfort to strong pain in no time at all. I had an inflatable pilates/gym ball that proved to be really useful as I could sit and rock to sooth the pain resting my head on the edge of the sofa. Just at the point I thought I needed help from Anna Maria to assist me with breathing Dr Naumann realized I was ready to push (I had no idea myself!) and I was lead around to the bedroom to a surprised Anna Maria! I think about five contractions later Benjamin arrived. I felt shocked it had happened so quickly in the end. This new person was suddenly there, lying on my skin, in our room – his home. Physically, I felt extraordinarily well very soon after the birth – I even started to help the midwives change the bed covers again and one of them laughed and said “Go and sitdown, you’ve just had baby! A lovely memory was of all of us watching Benjamin, who seemed very relaxed, having his first birth in our bathtub – it felt like some sort of happy, secular welcoming ceremony for the baby! Then, after the doctor and midwives had left I spent the remainder of the day listening to my favourite music I’d compiled to see me through an anticipated long labour, with the baby in my arms, watching him change by the hour as he adapted to his new non-aquatic environment. A few hours later on a neo-natologist came to check over the baby who was pronounced fine and healthy.

Looking back it seems strange but for 99% of the labour it didn’t occur to me to consider pain relief and to be honest I hadn’t really prepared for the birth with learning breathing techniques etc. From when my waters broke to delivery, apart for very last contractions before I was ready to push, I didn’t even really feel I needed help (although it was great to know help was right there for the asking). I do remember thinking at this point that if this period was the start of a lengthy labour I’d like more pain relief than just the TENS machine but in fact I was ready to give birth! I contemplated why I had only felt ‘real’ pain for a relatively short time and I wondered whether by not going to hospital I didn’t send myself any message to ‘anticipate’ pain and, being in my own environment, my subconscious found it’s own method of keeping me moving and distracted and doing what my body needed to best deal with the birth process. It was exactly the sort of non-dramatic but wonderful birth I’d have wished for- and felt very ‘private’ in fact which suited me. Somehow without the ‘theatricality’ of a hospital visit the experience for me felt very ‘basic and simple’ and with no need to attend to a clinic’s way of doing things I could just drift along finding my own way of doing things – both during and after the birth as I got to know my new baby. It still amazes me how I could have two births of such extremes! If I were to do this again, as long as the pregnancy was healthy, I wouldn’t question doing anything other than having a home birth. 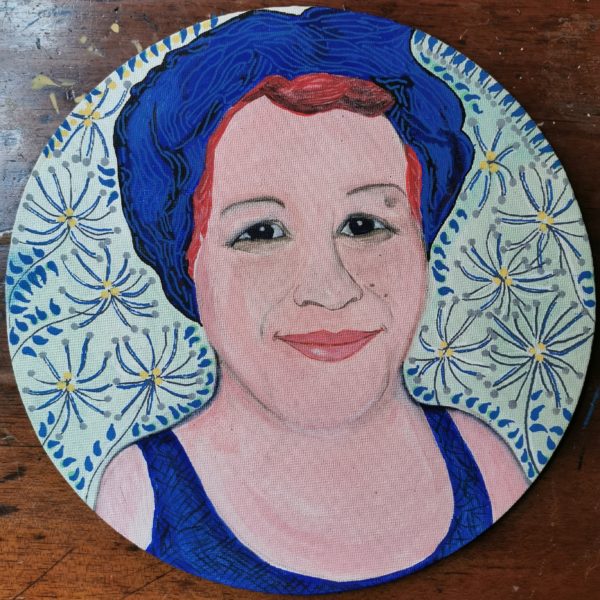